We would like to offer our sincere support to anyone coping with grief. Enter your email below for our complimentary daily grief messages. Messages run for up to one year and you can stop at any time. Your email will not be used for any other purpose.

Share a memory
Obituary & Services
Tribute Wall
Read more about the life story of Robert and share your memory.

Robert (Bob) Thomas Toy was born May 29, 1958, in Seattle Wa. To Thomas (Tom) Toy and Myra (Ball) Toy. They lived on J ST in Auburn. Soon came along sister Laurie Toy (Pack) and sister Becky L Toy. Just down the street was Myra’s parents Clarence and Myra Swanson’s farm. As the children got older, they loved to go and play on the farm. When Bob was able, he started helping his grandpa caring for the cows and learned to drive the tractor. Bob his mom and Becky use to help pick the corn and load the crates onto his grandpa’s truck.  Bob loved being on the farm and helping his grandpa. When he was 12, he went to work at Carpinito Brothers. At the time Carpinito’s was a small produce and nursery. Bob loved the work there, and he did very well.  Bob went to Auburn High School but did not finish, so he went to Green River Community College and received his diploma. Bob also loved to work on cars. He worked on the pit crew for a race car. They had races almost every weekend and were always working on the race car. They raced all around Washington and part of Oregon. In 1979 he met his soon to be wife Cheryl Cook. She worked at A&W in Kent and Bob came in everyday for lunch. They met one day and well you know the rest. They married February 2, 1980. They lived on the East Hill of Kent and soon moved down to the Carpinito Farm. They lived there for 3 years, and Robert Jr. was born March 6, 1983. February 1984, they bought their own home. Soon Zachary came along December 19, 1984. The family loved to go camping and hunting with Bob. Later Bob took up fishing. Yep, he bought a boat. Bob was out fishing or boating every chance he got. Soon the family outgrew the boat, so yep, he bought a bigger boat. You all know how that one goes. Every weekend that Bob could, he was out on the boat, so now he can catch bigger, and more fish and he did.  Bob would go to Nooka Sound once a year and came home with the biggest and most amazing salmon. He was hooked. As time grew on Bob did start to slow down and didn’t get out on the water as much as he would have liked, but he still had his hunting. Bob hunted right up to when he first got sick in 2017. That was the last year for him. March 2017 Bob had a massive brain bleed from a burst AVM (arteriovenous malformation). He was in a coma for a month and a half. Hospitalized for 2 months. While he was at Harbor View the doctors found 2 brain aneurysms, so he had surgery to fix those. Since Bob was stubborn and determined he pulled through with flying colors. In August and December Bob had 2 gama knife treatments. August, he did great, December the treatment through him for a loop. It took a few months and then yes Bob was back at work. March 2019 the seizures started. Bob had to quit work. He battled with seizures until they got his meds straightened out, then the fluid built up in his brain. Another surgery, a shunt in his head in 2020. Bob battled with break through seizures for the next few years, each time he had one, we lost more of Bob. Bob had a breakthrough seizure two weeks before he had passed and Bob never really came back to us, then he passed November 2, 2022. Bob was a tough one and hung on for as long as he could, but there is only so much a body can take.  Bob is survived by his wife Cheryl (Cook), 2 sons, Robert Jr, 39 (Bobbie) and Zachary, 37, 7 grandchildren, Robert (RJ) 18, Thomas 11, Joshua 9, Makinlyn 8, Kane 4 and twins Allison and Bentley 11, 2 sisters Laurie (Jeff Pack), and Becky Toy. Bob maybe gone but he with live forever in our hearts. Missed but never forgotten.

To send flowers to the family or plant a tree in memory of Robert Toy, please visit our floral store. 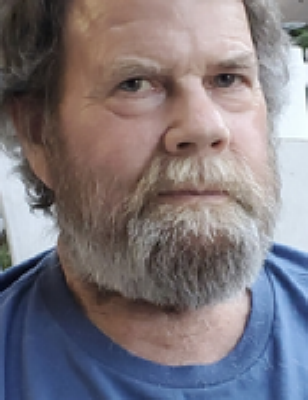 In Loving Memory Of

Look inside to read what others have shared


Family and friends are coming together online to create a special keepsake. Every memory left on the online obituary will be automatically included in the book.

You can still show your support by sending flowers directly to the family, or by planting a memorial tree in the memory of Robert Toy
SHARE OBITUARY
© 2022 Edline - Yahn & Covington Funeral Chapel. All Rights Reserved. Funeral Home website by CFS & TA | Terms of Use | Privacy Policy | Accessibility